It seemed too good to be true. An offer to not only visit Barolo during harvest but also attend the Truffle Festival in Alba as the guest of Batasiolo. Begun in 1882, Batasiolo started with just 7 acres. They have become a winery that makes 10% of all Barolos. Our host: Fiorenzo Dogliani. A family so ingrained in the Piedmont wine region that they have a town named after them. Join us – Barolo and Truffles?  It IS a dream come true! 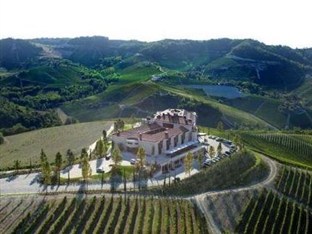 For centuries Dogliani has been a name synonymous with the distinctive wines of Piedmont. Both as a picturesque town that has long been famous for wines produced from Dolcetto – Dolcetto di Dogliani – and today as the family surname of one of Piedmont’s most famous producers of Barolo.

Fiorenzo Dogliani, CEO of the Dogliani family’s Beni di Batasiolo winery, runs the family enterprise, Batasiolo SPA. In addition to the winery, Batasiolo SPA has embraced a wine-country destination lifestyle with its newly built, 38-room luxury hotel and spa, Il Boscareto which was opened in Serralunga d’Alba in 2009.

The Dogliani family’s winegrowing history spans four generations in Italy’s Piedmont region and traces its origin to just seven and a half acres of Nebbiolo vines in Barolo. With the launch of Beni di Batasiolo in 1978, the company’s vineyard holdings now total 345 acres from nine vineyard sites and four growing regions: Barolo, La Morra, Monforte D’Alba and Serralunga D’Alba. 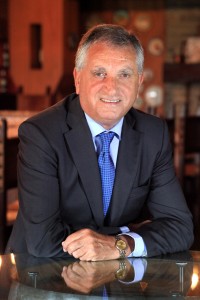 As CEO, Fiorenzo directs the company from the Beni di Batasiolo winery located in La Morra Cuneo. In the late 1950s, Fiorenzo is credited with reaching beyond the borders of Piedmont to market the family’s wines to restaurateurs in nearby Milan. It was this bold first move that established a presence for the company’s wines on the domestic market and foreshadowed Fiorenzo’s future role as an evangelist for the Piedmont region on the world market.   Fiorenzo was among the first Piedmontese winegrowers to travel extensively to promote his wines   Fiorenzo’s early efforts helped raise visibility for the company’s long-lived Barolo and Barbaresco wines and establish a reputation for quality, one that is rigorously pursued at Batasiolo. By 1979 he was traveling to New York and Toronto introducing the trade and consumers alike to joys of Nebbiolo, an effort that helped speed the evolution of American palates at the time towards the appreciation of dry, sophisticated wines. 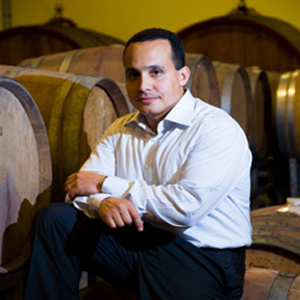 Canada is the number four market in the World for Batasiolo.  In order to talk to Fiorenzo and also travel the Piedmont district we needed a translator, wine expert and driver and we found him in Richardo March. Director of US and Canada sales for Batasiolo. 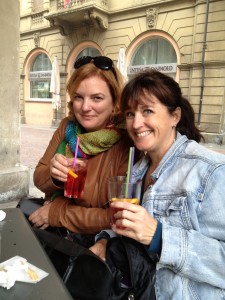 Kimberly and Ziggy in Alba

Also along for the trip and guesting on the special were:   Our host and organizer of the trip … Kimberly Charles – Charles Communications &  Associates in San Francisco. http://www.charlescomm.com/     Ziggy Eschliman,  known to most simply as The Wine Gal. Her radio shows are broadcast throughout wine country and are available on the internet. As a leading American speaker, consultant, and wine writer. Ziggy is a driving force behind a national movement toward making wine hip, fun and accessible. http://www.ziggythewinegal.com 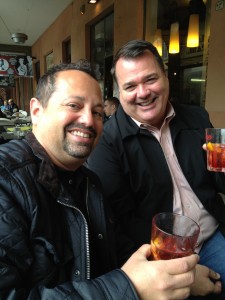 The World Wine Guys MIKE  DeSIMONE and JEFF JENSSEN, also known as the World Wine Guys, are wine, spirits, food, and travel writers, educators, and hosts. They are award winning journalists as well as best selling and award winning authors. Mike and Jeff are the Entertaining and Lifestyle Editors at Wine Enthusiast Magazine and are regular travel and wine contributors for The Huffington Post. DeSimone and Jenssen are the authors of the best-selling Wines Of The Southern Hemisphere. Mike and Jeff are members of the International Food, Wine, and Travel Writers Association, The Society of Wine Educators, and The James Beard Foundation.   http://worldwineguys.com/ 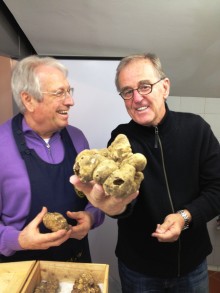 The famous ‘Tartufo d’Alba‘ is a marvelous gift of nature and a symbol of the rich cuisine of Piemonte.   The truffle was known in antiquity, not just for its inherent culinary qualities but also as an aphrodisiac! Scientists discovered that truffles contain a volatile alcohol with a strong musk flavor, a chemical brother of testosterone. No doubt this is something the ancients knew all along. The secret to enjoying the truffle is to avoid using it with other strong flavors. It is perhaps best served as an antipasti, buttered on whole meal toast or over pasta as shards with butter and parmigiano reggiano cheese.   In a country where food equates with love as one of life’s great pleasures, ‘tartufi’ are literally worth their weight in gold. The delicate white truffle variety, only served raw, grows in Northern Italy and Umbria. Piedmonte is the heart of white truffle country, where the famous Alba festival provides a magnificent backdrop of Romanesque ruins, Gothic spires and Baroque bell towers every October.   Thank you Batasiolo. Thank you Kimberly and thank you Italy!! 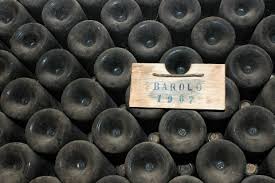 Stories we are working on: