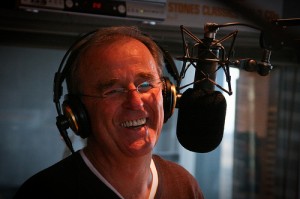 PAUL BLART: MALL COP 2
0%
Despite a lukewarm reception from critics, Paul Blart: Mall Cop was a sizeable box office hit. So naturally, we’re treated to Paul Blart: Mall Cop 2, which critics say lacks even the modest charms of its predecessor — it’s indifferently performed, tonally jumbled, and almost entirely bereft of laughs. Kevin James returns as the self-important Blart, who’s been invited to a security guard convention in Vegas. Will our hero overcome gluttony and boorishness to thwart a brazen art heist and rescue his kidnapped daughter?

UNFRIENDED
71%
At first blush, Unfriended sounds pretty gimmicky: it’s a horror movie that consists entirely of footage from its teenage characters’ computer screens. However, critics say the result is smart and deeply unsettling, a clever thriller that has a thing or two to say about teen angst and modern communication. The plot: on the anniversary of a classmate’s death, a group of high schoolers are being hunted — via Skype — by her malevolent spirit. The pundits say Unfriended is an intelligent blend of form and content that feels utterly contemporary.

MONKEY KINGDOM
89%
Who doesn’t love monkeys? Critics say Monkey Kingdom might be Disneynature’s best film to date, and its breathtaking footage of primates in the wild makes for action-packed viewing. Narrated by Tina Fey, the film follows a group of toque macaques who live in the Sri Lankan jungle near an abandoned temple, with special attention paid to a single mother and her child who are trying to fit in with their new community. The pundits sayMonkey Kingdom‘s stars are a playful, colorful bunch, and if the film sometimes anthropomorphizes them, they’re still likely to please animal lovers of all ages.

If you can’t find what you’re looking for  – don’t forget the always great  movies at The RIO on Broadway.

TASTING ROOM RADIO  on air at 2PM because of Raptors Playoff  Game
The Canucks are featured..At the West Coast Fishing Club for the 9th annual Canucks Autistic  Network. (CAN)
Talking food wine, hockey and fishing with Dan Hamhuis, Willie Mitchell, Willie Desjardins, Jim Benning and Paolo Aquilini.
Interesting because Jim and Willie were just starting their careers with The Canucks..
And The Wines of The Jura with ‘DJ Kearney.

WINES OF THE WEEK

Its World Malbec Day.. I have THREE BC malbecs
Road 13..Le Frenz and Quinta Ferreira.

Dies this day 1960 – in a car crash in England (Gene Vincent survived)  EDDIE COCHRAN.
Something else – this week’s THEY’RE AT THE POST.