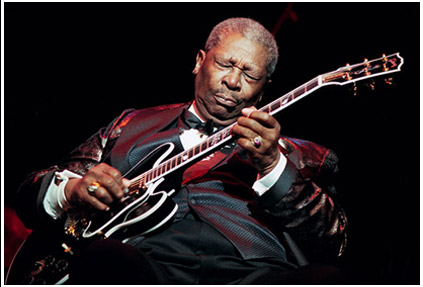 “The blues was bleeding the same blood as me.”

“When I eventually drop, I pray to God that it’ll happen in one of three ways: Firstly, on stage or leaving the stage, then secondly in my sleep. And the third way? You’ll have to figure that out for yourself!”

It took several days to record this week’s Stew..
Somewhere between segments 3 and 4..the world lost one of the greatest blues legends  ever..BB King.
I know Holger will pay tribute to BB  but I’m compelled to throw away the last 15 minutes of the stew and pay my respects.
The box set I reached for revealed a long forgotten treat..

The last time I interviewed BB King was 2-18-94..backstage at the Orpheum Theatre in Vancouver.
The date stands out because it was our son Fynn’s 12th birthday that day.
I also remember that BB was very reflective that day..almost melancholy.
I remember getting Choked up as he talked about “so much more to do”
That was the kind of man he was.

I couldn’t take my eyes off him or Lucille,  his guitar just over his shoulder.
We’ve added a photo of the boxed set I found today and a message that Eric Clapton tweeted out..
I know EC is really going to miss BB – they were  deep friends.
And BB was his teacher. He taught well.
Here’s to BB King and the music he left with us.
Play it. Remember it.
Thanks -TDM