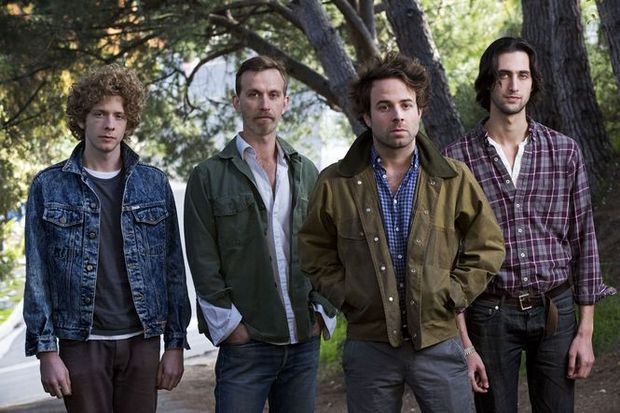 Follow on twitter
The title of Dawes’ fourth album refers to one of the sweetest lyrics you’ll hear this year: “May all your favorite bands stay together,” Taylor Goldsmith sings in an affectionate farewell to an old pal. The title could also allude to the way Dawes continue to unapologetically evoke the earnest romanticism and skyward harmonies of classic 1970s Laurel Canyon rock. (In another nod to rock history, the title song has some “Let It Be” piano.) But on their strongest record since their 2009 debut, they inject a brooding guitar jam (“I Can’t Think About It Now”) and some of Goldsmith’s most sweet-and-sour lyrics (“Things Happen”). Rock’s thoughtful past has rarely sounded more vibrant. –Rolling Stone

Because our Canada Day was mid week and Saturday is July 4th..we decided to play the best of both countries.
Its seemed that Bruce Springsteen was a natural..we included three tracks from The Boss .  Check out the playlist…