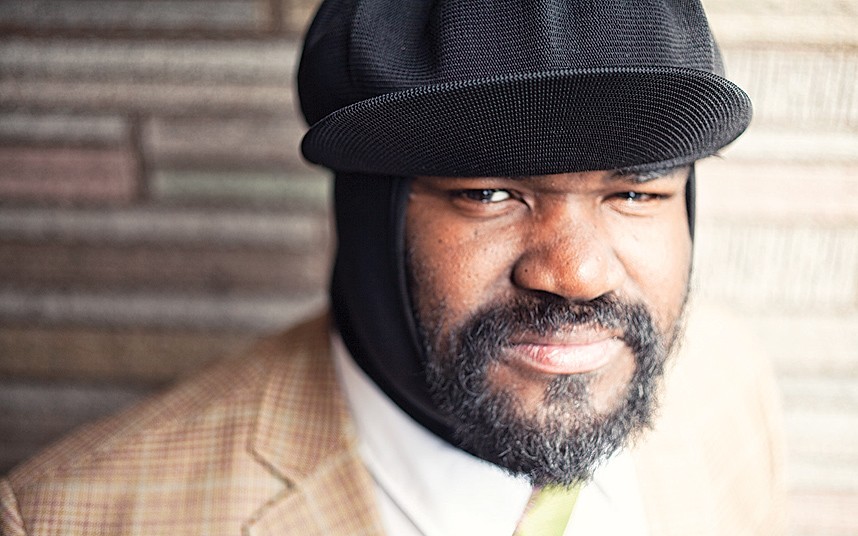 Gregory Porter is no ordinary jazz singer. He has become, arguably, the most unlikely star in popular music. He has gone from playing jazz in Harlem until 4am for $30 a night to playing for royalty in the best concert halls in the world.
Gregory’s prime mentor was his late mother Ruth, a preacher who raised him along with his seven siblings alone in Bakersfield, California. His mother’s presence still informs his writing, and he can name a handful of songs that can be directly attributed to her. Gregory grew up hooked on Nat King Cole, but was more interested in sports until an injury sidelined his athletic aspirations and propelled him toward a singing career.

Gregory was 30 when he started his career, and it took 20 years to become an “overnight success”. He found worldwide stardom with the Grammy Award-winning, platinum selling 2013 jazz/gospel/R&B album Liquid Spirit, and followed it up earlier this year with the touchingly confessional Take Me to the Alley. WhenTake Me to The Alley was released, it broke into the top five of the charts, the first jazz record to do so since Jamie Cullum’s Catching Tales in 2005. It’s fair to say that Gregory is his generation’s most successful jazz and soul singer-songwriter.
Terry David Mulligan will chat with Gregory about his longtime bandmates, headlining the Edmonton and Vancouver Jazz Festivals, and his plan to tour the world in 2016.