Once again, Dine Out Vancouver has kicked  off in Vancouver until Feb 5

Here’s a Primer on how the whole thing works..and we do it in Railtown!!

Featuring Railtown Grill, The Uncommon Café, The Settlement Building and Pidgin (in Gastown) 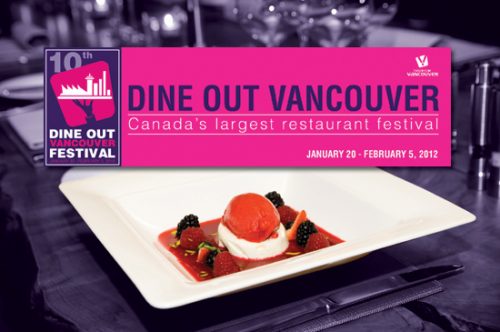 Dine Out is the perfect opportunity for locals and visitors to sip, sample and savour Vancouver’s array of exotic flavours (Peruvian, German, Brazilian, Italian, Greek, Ethiopian, Chinese, Japanese and East Indian, to name but a few); try new and buzz-worthy eateries  and return to locally loved haunts. This year, a number of iconic restaurants have joined the Dine Out roster for the first time, including long-standing Kitsilano treasure Bishop’s and world-renowned Vij’s.

I was given the opportunity to be part of a media tour in advance of the kick off. They kindly allowed me to pick the area of Vancouver I wanted to discover and do a show on.

Because Roundhouse Radio is located in Railtown, East of Gastown..I decided that the Railtown Experience was for me.

All of the teams  gathered at UVA Wine Bar opposite the Orpheum at 900 Seymour. The rooms were jammed with excited media and industry professionals waiting to head out into the night.      Frankly, I’m  glad I took my trusty recorder because from that point on – the night was a BLUR!!

In a matter of 4 hours we travelled in  a bus dressed up a as a Trolley Car and here’s where we went and who we met and interviewed.

Lucas Pavan – Coordinator of Dine Out Vancouver.  Gives us some of the history of the event and how’s its grown. What’s new and what you can expect!!

Sabrine Dhaliwal –  Bar Manager and Sommelier at UVA Wine Bar.. Explains what Uva is doing for Dine Out and what she’s pouring these days. (She really  knows her stuff) and because Uva is right across from The Orpheum and Commodore Ballroom, her bar gets to pour for  people from all over the World. The question is “how many people do they get to turn on to BC wines?”    https://www.uvavancouver.com/ 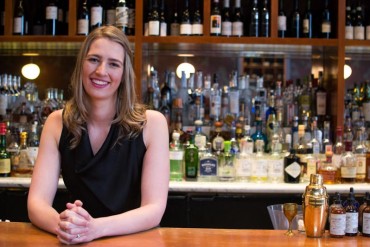 Bonnie Todd – Owner & Founder of Off The Eaten Track (Culinary walking tours) Bonnie specializes in talking tours to parts of the City that are outside the tourist haunts.  Neighbourhoods that people wanted to explore.  The ones  with smaller restaurants and cafes..that are interesting and informal and multi-cultural. Ones that perhaps people are nervous about or don’t have a sense of the area but were just as good as the downtown destinations. 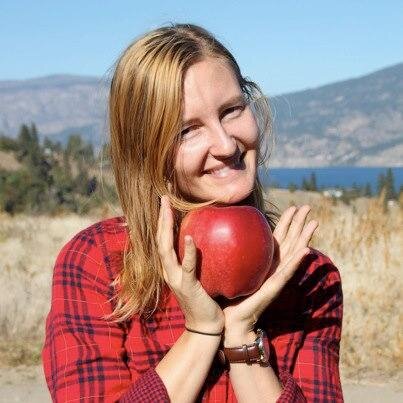 We started at The Railtown Café..One of my favourite food stops. 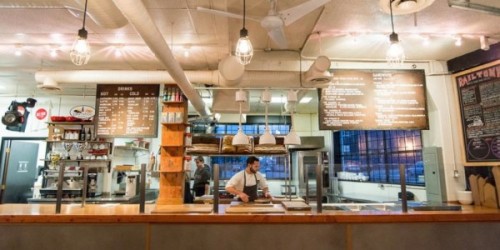 Bonnie fills us in on  their history, Railtown’s character  and why they have such a loyal clientele and how they have just opened their third location  downtown.

Then comes an amazing story.  The Uncommon Café at the corner of Jackson and Powell Streets..right across from Oppenheimer Park.  As I explain, it can be a tough neighbourhood so I wanted the owners Luc and Lisa Leimanis to explain how they arrived at this exact corner and an insight on the dialogue that happened with “the locals”.  It’s a Café, a cooking school and a commissary space for local small  businesses who need a kitchen. 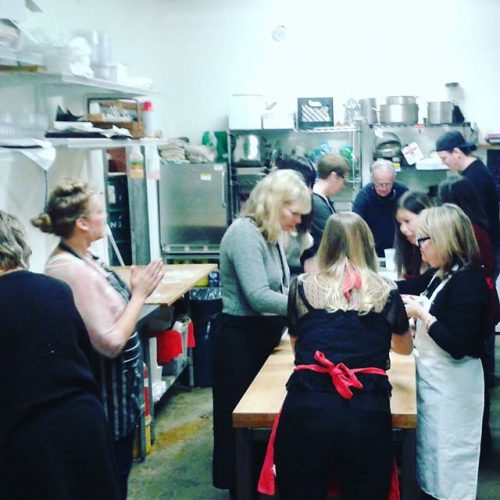 You have to be truly committed to make all this work.  They are and they do..

Luc and Lisa let us get in the kitchen to  create and bake pizza..it was wild.

PS they’re famous for their meatballs and their home cooked meals.

Right around the corner at 55 Dunlevy is Vancouver Urban Winery, Belgard Café and Postmark Brewing..all under the one roof called The Settlement Building.  At one time in Vancouver’s history, airplane props were added to planes there  during WW2.

We talk to Bonnie Todd and Frazer Rowland the Assistant Retail Manager.

And we finish in Gastown at Pidgin (east/west/eat/drink) 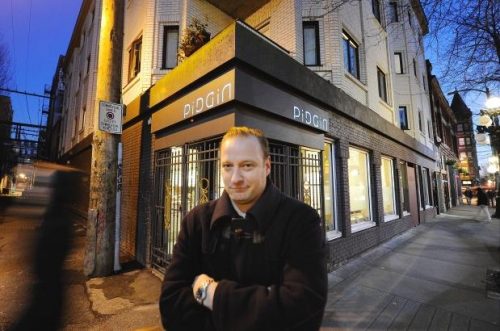 350 Carrall St  Also a challenging part of town..right across from  the notorious Pigeon Park.

(they were a news item when they opened..as picketers blocked their front door..saying they represented changes in the neighbourhood that they didn’t want. The pickets have gone and Pidgin just keeps getting better)

They are famous for pushing the boundaries of Asian food..with a French plate sense.

Plus, when you sit down, they just bring the share plates..we went through 9 courses..

This was a  fabulous food experience.. Send your friends or better yet, go with them..

DJ Kearney, Kurtis Kolt and Rhys Pender take us through what to expect at the Vancouver Wines Festival..

And then we record 2 one hour specials at the Fesatival.

Canada is the feature region and we’ll be knee deep in Canuck wines..