David Hawksworth and his vision for Nightingale.

Looking for a great new wine?  We present the IVSA 2017 new releases. 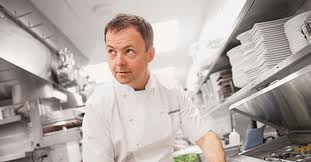 Chef David Hawksworth realized his culinary vision at his first  restaurant, in the very heart of downtown Vancouver. At Hawksworth Restaurant, which opened in 2011, he has created the ideal setting to deliver compelling contemporary Canadian cuisine; a demonstration of his European-trained technical ability, deep appreciation for local ingredients and an absolute insistence on only the very best quality.

A native Vancouverite who spent a decade honing his talents in Europe working in Michelin-starred kitchens such as Le Manoir aux Quat’ Saisons, L’Escargot and The Square, David Hawksworth soon emerged as one of Canada’s leading culinary talents upon his return in summer 2000. In 2008 David became the youngest chef inductee in to the BC Restaurant Hall of Fame.

Now he has  opened  his next restaurant..Nightingale, a casual room with seriously great  food and service.  Check out the pizza. 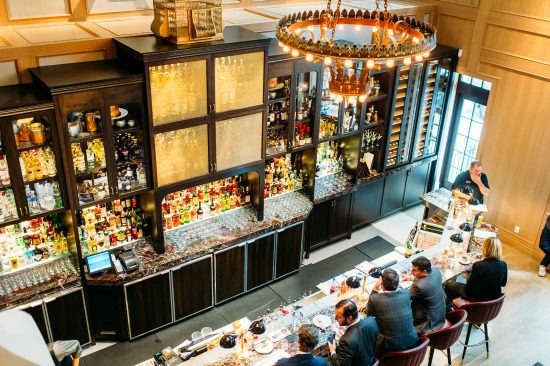 It’s in a heritage building on West Hastings. Right around the corner from the iconic Marine Building.

Just announced –  – Find your seat at the Chef’s Table at Nightingale.  Join family, friends or co-workers for a social sharing menu created Georgia Straight Chef of the Year, Phil Scarfone. Bookings are available for groups of up to 18 people with menus starting from $45 per guest. To reserve email events@hawksworthrestaurant.com

I talked to David just as the restaurant was opening.   David explains everything.

BC’s Agents and Reps pour the new wines and spirits

IVSA (The Import Vintners & Spirits Association) work very hard to keep all of us up-to-date on what’s new in the wine and  spirits new releases.

I made sure I had fresh batteries in my recorder..found the Delta Ocean Pointe in Victoria and worked the room.

Couldn’t talk to everyone..the room as busy with lots of seekers but here’s who I was able to get the microphone in front of..

Here’s hoping you discover  your favourite wine or spirits for 2017!

Meet the Makers  in Victoria