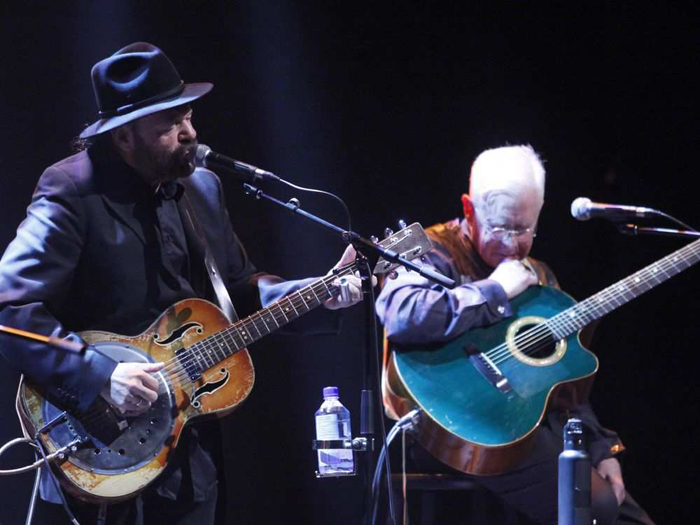 Met up with Bruce and Colin at the Vancouver Island music festival this summer in Courtney Comox.
They had just finished recording Bruce’s 33rd album Bone on Bone. 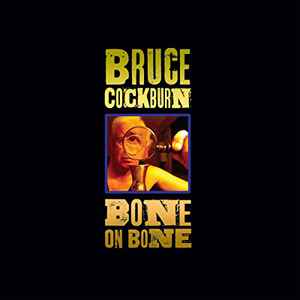 Produced by Colin Linden, Cockburn’s longtime collaborator, the album is built around the musicianship of Cockburn on guitar/vocals and the core accompaniment of bassist John Dymond and drummer Gary Craig. (Same guys who back Blackie and the Roadie Kings and all three members separately. Plus many others.)

“If he had released just the demos, with just him, it would have been his best ever”

Think about that.  Bruce Cockburn is a 12 time Juno winner. Canadian Music Hall of Fame inductee. Songwriting Hall of Fame Inductee.
He turned away from traditional Christianity in the mid-70’s but finds his own spirituality in his recent home in  San Francisco..in a 200 person church in the neighbourhood. He likes the music and choir so much he invites them into the studio to share the songs he’s written.
Songs by-the-way that he thought would never come after 3 years of writing his book Rumours of Glory.
But come they did..starting with a song that’s going to become one of his finest ever 3 Al Purdy’s,  a brilliant, six-minute epic that pays tribute to Al Purdy’s poetry.
As sung/spoken by a “street person” with a long coat flapping in the wind.
“I’ll give you 3 Al Purdy’s for a 20 dollar bill”
Did I mention that the songs rock?  Well, not exactly rock but groove and move.
Jesus Train
Café Society
Stab at Matter
12 Gates to the City  “ I wrote the last two verses so – I gave myself permission to speak for God, in this case.
Colin Linden and I agree that Forty years in the Wilderness ranks with Cockburn’s best ever song. As good as anything he’s written.

In our interview Bruce says “I believe in the Divine, something at the Centre of the Universe” 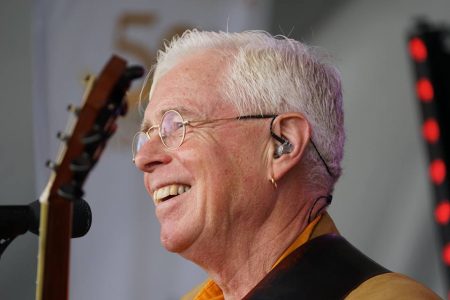 Two other songs should be noted. The environmental warning “False River” came about at the invitation of Yvonne Bloomer, the poet laureate of Victoria, British Columbia. Bloomer was seeking a poem about the controversial Kinder Morgan Trans Mountain Pipeline. “Pipelines have their own perils that we’re all aware of,” says Cockburn, “so I started writing what was meant to be a spoken-word piece with a rhythm to it. But it evolved very quickly into a song.”
“States I’m In,” which opens the album, conjures up feelings of mystery and dread. He adds: “Maybe it’s also a play on words about me living in the States.”
Speaking of the last 9 years he’s spent living in the USA..if you listen..you can find references to the politics, crime and headlines of the day.  It’s all there.
And wait until you hear his comments about Donald Trump..
Bone on Bone is an album so good – his co-write with Bonnie Raitt didn’t make the cut.
In our hour you’ll hear 7 songs from Bone on Bone and two singular Canadian voices..Bruce Cockburn and Colin Linden.

We are blessed to have them in our lives.
Enjoy!!
-TDM