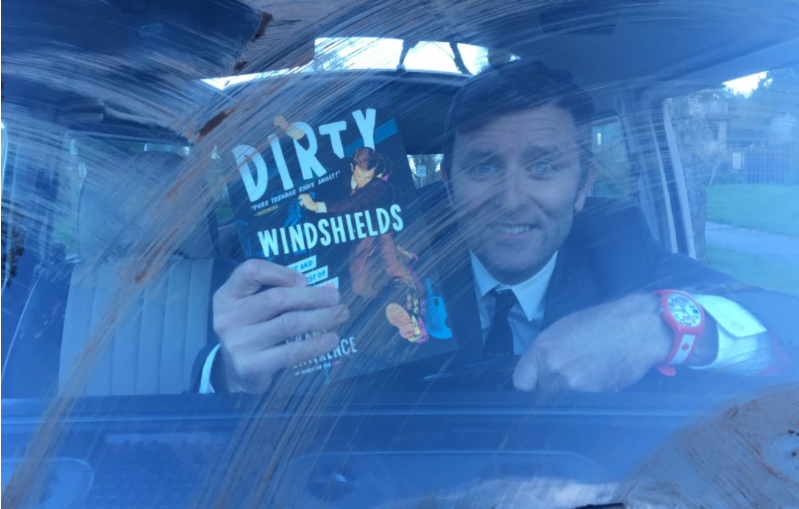 Grant Lawrence co-founded the band The Smugglers in his parents basement in West Vancouver.
They blazed through the 90’s..starting with church gigs arranged by friend Nardwuar, the human serviette.
Grant went on to become a freaking BROADCASTER of all things – at CBC..still to this very day and a national figure.
Bangs out books plays goalie, has a wonderful family and has released the book Dirty Windshields.
It’s about The Smugglers journey through the 90’s and how they somehow not only survived but carved out a career around the World.
Grant brings stories of he and a Python meeting in at pay phone  while being live on air.
Stories of he and Nardwuar knocking on my door in West Van on Halloween night..not for treats but advice on the music and radio business.
And I didn’t slam the door.
He reminds me that I’m in two Smugglers videos etc.
How does he remember all this?
Because he kept a diary.  Ingenious!
Corey Wood, webmaster, has placed  The RAW interview Here.  Enjoy!! 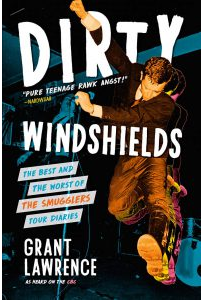 Dirty Windshields is the long-awaited memoir from CBC host and award-winning author Grant Lawrence, baring all the salacious and hilarious details from his touring days as the lead singer of Vancouver-based rock and roll band The Smugglers. Formed when most of the members were still in high school, The Smugglers came of age during the height of the grunge explosion in the early 1990s, when Grant, working as a concert promoter, put on shows for Nirvana, Green Day and Bad Religion, among many others.
In Dirty Windshields, Grant chronicles the band’s booze-fueled, sweaty, broke and wayward attempts at rock and roll glory as they trekked across Canada, the United States, and eventually, Europe and the Pacific Rim. In their sixteen years of touring, the Smugglers experienced all the highs and lows the road can offer, from playing a gig at New York’s legendary CBGB club to starting a riot in a Denver nightclub to having their performance tuxes stolen in Australia.

Through the fights, sexual misadventures, new friendships, dance contests and mayhem, the band grew up together on the road. Told with Grant’s signature self-deprecating wit, the anecdotes develop into a compelling story of the growth of an independent, do-it-yourself touring band, a community, and a musical movement. So crack open a semi-cold can of Black Label beer, stick a Smugglers tape into the cassette deck and let the good times roll.
http://thesmugglers.com/
http://grantlawrence.ca/