IRELAND IN AN HOUR!

How better to celebrate St Patrick’s Day than presenting A One hour special from our  2 weeks in Ireland. 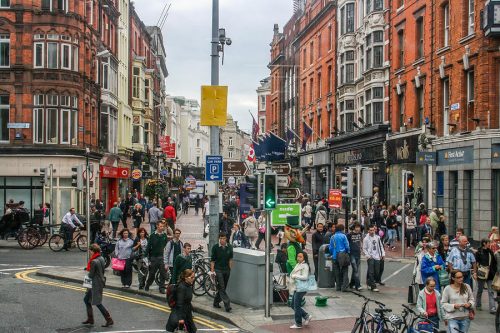 We start our tour  in the South of Ireland..through Clonakilty, Cork and we end on the historic streets of Dublin. 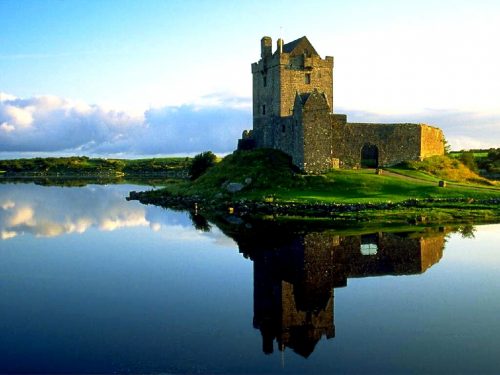 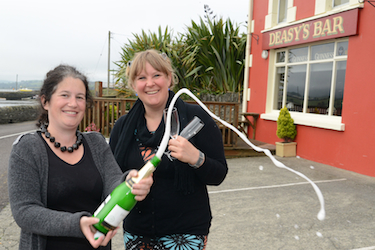 Even though the address says Ring Village..I drove this part of the coast a dozen times..never really saw a village..a gathering of various houses yes but a village..not so much.

A strong sense of history on this part of the road..you can see what attracted people even 3-500 years ago.

And there, surrounded by the ocean and a small fishing fleet stands Deasy’s.

It came highly recommended by the locals.

The trick was getting there early enough for one of 6 parking spots just off the highway (its on a nasty little corner) and gets busy very quickly.

The reason – the amazing cooking talents of Caitlin Ruth – The Chef.

Originally from the USA, she married an Irishman and found her way back to the homeland from Belgium.

What a fine fine chef she is..

The menu features – as expected – many different fish, in many exceptional dishes. Paired with a very smart wine list.

It used to be an old pub..so it still has that comfortable pub feel but the windows give everyone a brilliant look at the ocean just across the highway.

Then it’s off to  Cork City… South of Dublin on the West Coast of Ireland.

It’s the home of Café Paradiso, one of the best vegetarian restaurants anywhere.

It’s also the home of Chef Denis Cotter.  Except for a pal Sharon Kelly, Denis is the only person  I know in all of Ireland. 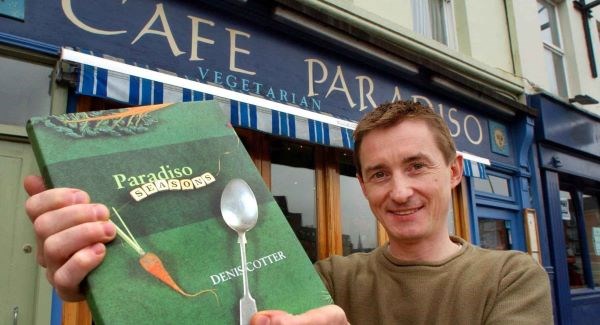 We had met at Hastings House on Salt Spring Island several years ago. He was cooking recipes from his award winning book For the Love of Food.

Denis’ frustration with the limitations of the vegetarian industry sparked the opening of Cafe Paradiso in 1993, to create an environment where he could evolve a personal style of cooking focused on the pleasure of food rather than the perceived negativity of vegetarianism.

Among the many awards bestowed on Cafe Paradiso, Denis Cotter was named “Chef of the Year” by the Irish magazine ‘Food & Wine’ in 2005, and “Best Chef in Cork” by the Restaurant Association of Ireland in 2009. Cafe Paradiso is listed as an icon in the “Bridgestone 100 Best Places to Eat in Ireland” guidebook. It was voted ‘Best Restaurant in Munster’ by the readers of ‘Food & Wine’ magazine in 2001, and the restaurant was also voted ‘Restaurant of the Year’ by Les Routiers Ireland in 2004.

Denis Cotter is the author of four cookbooks.  Each has received critical acclaim, shortlist nominations and industry awards, including ‘best vegetarian cookbook in the world’ for the second volume, Paradiso Seasons.

Without any bit of shame I’m able to weasel Denis’ classic Irish Oatmeal recipe out of him.  http://www.cafeparadiso.ie/

Joining us at the table is the one and only Darina Allen. 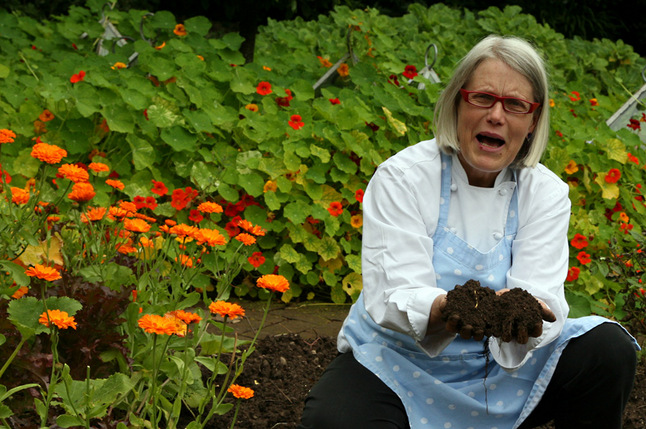 Darina is the most famous cook in Ireland.

She has starred in her own RTE TV cooking shows, published 10 books starting with the Simply Delicious series, and received a dozen awards and prizes.

Her most recent prize was the 2013 Cookbook of the Year award at the Irish Book Awards  for her 30 Years at Ballymaloe: A Celebration of the World-Renowned Cookery School.

Ms Allen has been growing unusual food at Ballymaloe, Co Cork, for 40-odd years. Her 100-acre farm, with its acre of greenhouses, probably delivers a more diverse range of crops than any farm in Ireland. But the farm has produced something more spectacular than food: the world-famous Ballymaloe Cooking School which invites the world’s top chefs to its doors and its classrooms, and sends out successive waves of alumni to run restaurants all over the World.

A tireless ambassador for Irish food both at home and abroad, Darina has been instrumental in setting up the Farmers’ Market Movement in Ireland. Slow Food is a passion for her, and she is the councilor for Ireland in the Slow Food Movement and President of East Cork Convivium of Slow Food. Through the East Cork Educational Fund, she runs a programme for local primary schools to help local children learn about food from garden to plate.

Then we’re off to Dublin..some 3-4 hours North.  Taking the train from Cork is a LOT more fun than driving..

The question wasn’t would I visit the famous L Mulligan Grocer in Dublin?  It was how fast could I get there and how long could I stay? 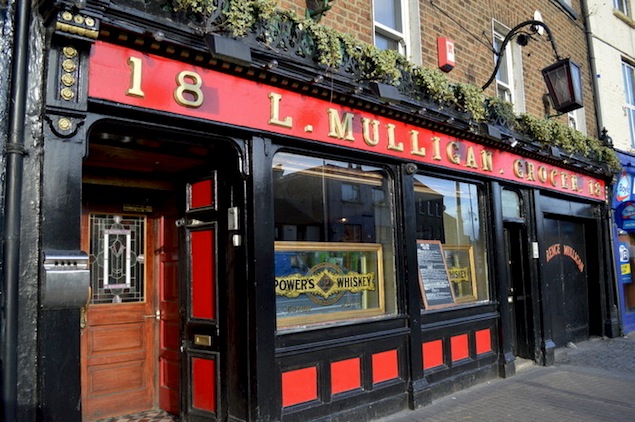 L Mulligan Grocer has been on the Dublin scene for the past few years and has been quietly building a great reputation as a pub. Worth going quite off the beaten track for. It is located in Stoneybatter, a residential area about 20 minutes walk west from Dublin city’s main tourist drag of Temple Bar. It provides thoughtful, well sourced gastropub food, and is possibly the only pub in Dublin that does not sell Guinness. A bold move, justified by its focus on small, high quality craft beers from Ireland and abroad.

Our guests are Seaneen Sullivan Co-Owner and Adam Kilbane  The Manager and Beer Specialist.

This was great fun. 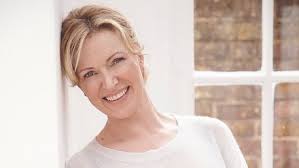 Catherine went from working the crime beat to the culinary arts. Or as she says

“I went from Murder to Meringue”

There’s been such an improvement in Irish food over the past 20 years that it falls on someone to tell their stories.

That someone is Catherine Cleary.

… and we finish our Ireland tour with the highly qualified John McKenna.

John McKenna was born in Belfast and first qualified as a Barrister at Law. In addition to his legal work, John worked as a journalist in Dublin, writing particularly for Hot Press and In Dublin Magazine. 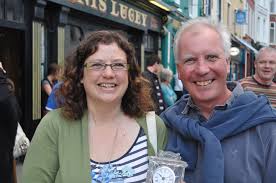 In 1991 John and Sally McKenna began their research into Irish food, giving up their Dublin flat, and splurging on a broken-down Renault 4. They set off around Ireland to discover what they hoped would be an exciting food culture, and John has written about Irish food ever since.

John McKenna has won numerous awards for his food writing . A long-time writer for the Irish Times, contributor to RTE television and news programmes, John also has written for various international publications, including The Art of Eating. He is regarded as a leading commentator on Irish food.

John and Sally McKenna’s annual 100 Best Restaurants in Ireland is the most radical guide to the cutting-edge of Irish cooking. With the 2015 smartguide edition, the McKennas rewrite the book, crowning Galway as the finest city to eat in Ireland and, for the first time ever, including food carts and a food shack amongst the 100 hottest places to eat throughout the country.

If you’re travelling to Ireland check out their websites, blogs and books. 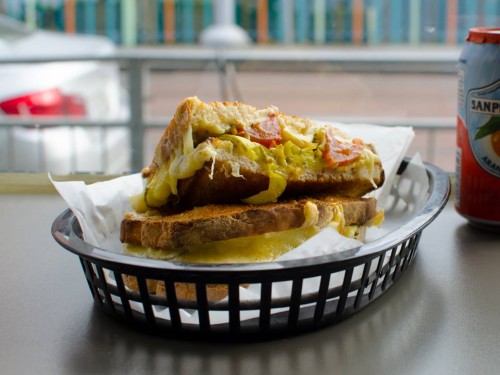 Oxmantown? At the time of the Norman invasion into Ireland, the Vikings, or Ostmen (East-men), as they called themselves were exiled to the north of the River Liffey where they founded the hamlet of Austmanna-tún, later corrupted to Oxmantown. The district remained distinct from Dublin city for many centuries. Oxmantown celebrates this cultural distinction, its location in the heart of the homestead of the Ostmen.

Conor Higgins is the chef/owner at Oxmantown. Ex of Junior’s and l’Gueuleton – two of Dublin’s most lauded and successful eateries of the past decade – his provenance is distinguished. Applying classic culinary techniques to the art of sandwich making, with Oxmantown, Conor brings something unique to Dublin’s burgeoning café scene.

The line-up was all the way to the door and out..and a rather bizarre mix of lawyers and judges from the law courts  and farmers from the market around the corner.

You could tell at a glance that this place was very popular and as soon as we stepped inside..you knew they were on to something..

Out came the microphone and recorder and in between orders etc, Conner gave us the story… (everyone here has a story)

http://www.oxmantown.com/  site is under construction but you can also find them on

Then it’s a brisk 15 minute walk through Temple Bar (former site of original Viking settlement)..to Fleet Street and  the home of one of Dublin’s historic pubs..The Palace Bar, established 1823. 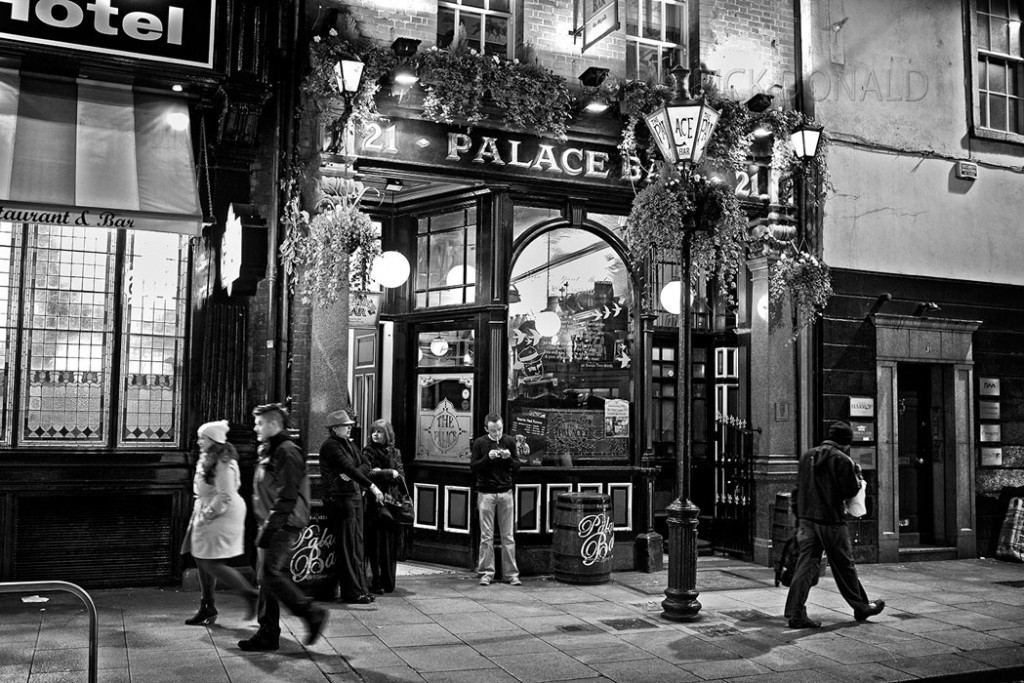 The Aherne family bought the Palace in 1946..and have run it ever since.

Its right around the corner from the Irish Times newspaper offices..thus many many columns have been written in its corners and nooks.

Its there that we meet three people… first: 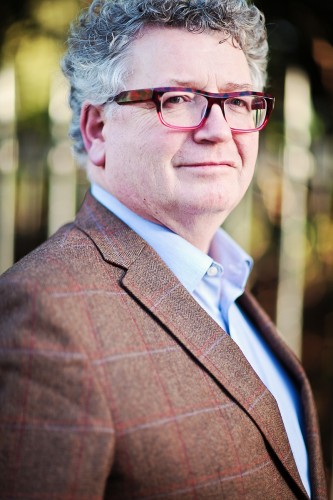 I don’t think you can do a food and beverage tour of Ireland and not talk about Irish Whiskey.

Its fallen on some hard times, given the economy, but its making a wonderful comeback today.

I wanted to know from Michael… how their whiskey business made its comeback and why its so different from their Scottish neighbours.

Michael gives us a brief history of The Palace Bar, which was  the first bar to bring back the tradition of making in house whiskey.

Willie Aherne – Grandson of the original owner and the man behind the bar on many days and sitting beside him   Michael Reddy, one of the owners of The Teeling Whiskey Company, the first new whiskey maker in Dublin in 125 years. 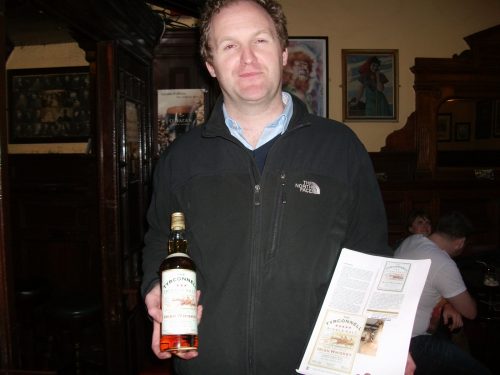 Yes, we talk all about Irish Whiskey and Dubliners love for it but we also talk about what St Patrick’s Day is like in downtown Dublin.

That last question about March 17 is also answered by other guests.

Many thanks to Irish tourism in Toronto and Dublin. www.irishtourism.com

Meg, Kate and Pete and everyone we met.

Naramata Bench pours on the Coast