The donor for the first hour is The Canmore Folk Festival…Year 41. The longest-running festival in Alberta.

We get all the good info for you.  We talk and play tracks from  performers and special artists..like 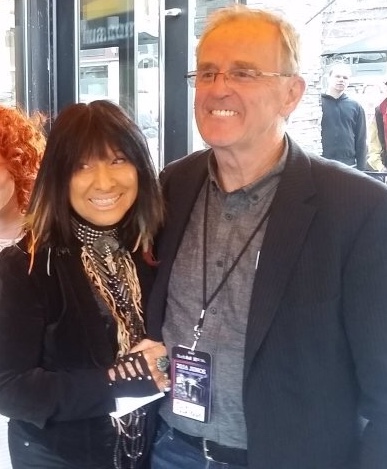 AND she spends quality minutes talking about Andy and Tom’s appearances on Friday August 3.  Andy hosts Celtic Show..and Tom plays the role of Dick Clark..hosting the street dance with The Mammals.

We’ve played her as a member of The Be-Good Tanyas and now as a solid solo singer/songwriter.

Her last album Indian Ocean with its astonishing single September Fields created a worldwide audience for her music.

She now has fans all over the World..and with her signing to Canada’s Arts and Crafts record label..it appears her roll is going to continue.

We talk about protest songs,  the social movement Families belong Together, her new singles which are not on the new album..covers of songs by D’Angelo and George Clinton and Funkadelic .

This Saturday at the Khatsahlano Street Festival in Vancouver. (Kitsilano)

Next Sunday July 15 in Victoria (with Brian Wilson and Bahamas)

The complete interview can be heard on our Podcast  Mulligan Stew (Music. Film. Food. Wine)