Right at 5pm its one of the hottest emerging acts anywhere.
2 nights ago Nathaniel Rateliff and the Nightsweats earned and received a standing ovation from the Jimmy Fallon studio audience..for their killer single SOB. (check out the video)

5 years ago Daniel would have shown up as a solo act in edmonton..just a guy, a guitar and his songs.
Now he brings a serious R&B band..with horns, B3 organ and tunes you’d swear came from the golden days of Stax.
Best of all, they kick off the show..right at 5PM.  Don’t miss these guys..
530 brings  the pride of New Brunswick Matt Anderson.
Matt brings the whole package..A voice that can switch from a whisper to a growl.  Complete mastery of his guitar and ever improving songs..the latest from his best LP ever – Weightless.
It seems he’s never not on the road but one of the highlights of his year is playing this festival in Edmonton. Not bad for a guy who has stubby fingers…

Theres a really fine story by Tom Murray in todays Edmonton Journal that details the difficult formative years of EFMF. How they almost went under 30 years ago and how a band of dedicated volunteers and music types pulled together to keep it alive..
They included Holger Petersen & Tom Coxworth from CKUA. Then along came Terry Wickham.who took over leadership and he/they began to build the outstanding event we enjoy today.
Terry Wickham guests right at 6PM.  He brings the stories with him.
630 brings Danny Michel…who, after moving to Belize and recording with local musicians released an amazing album called BlackBirds are dancing over me.
It received so many plays on so many shows that it was declared the album of the year on the CKUA Top 100.
We’re going to talk to him about his latest project – the smaller calmer School Night Mondays at the Dakota Tavern in Toronto. and jamming with astronaut Chris Hadfield.

and then two highlights from last years Festival.
Daniel Lanois and Dan Mangan and Blacksmith 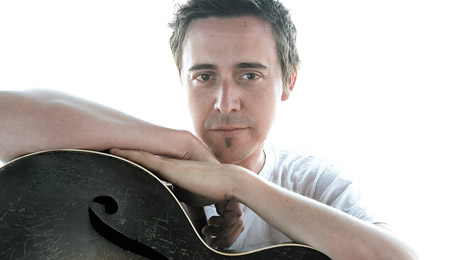 we feature an interview with CKUA’S #1 Artist Danny Michel. 30 minutes of pure Six Shooter Bliss.
Danny’s Blackbirds LP was given the #1 spot on CKUA’s Top 100 LP’s of 2012.